On the trails of a polar bear

Once an image is on the Internet, it may well take paths that are as complicated as they are strange. The Hamburg-based agency Die Bildbeschaffer followed the trails of an image that shows a polar bear and was made available via the database of the renowned Alfred Wegener Institute. Now it is being sold as a rights-managed image – without the consent of the photographer. A case study that tells a lot about the care applied when handling image rights. 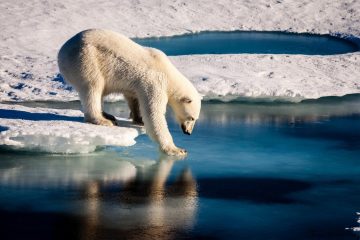 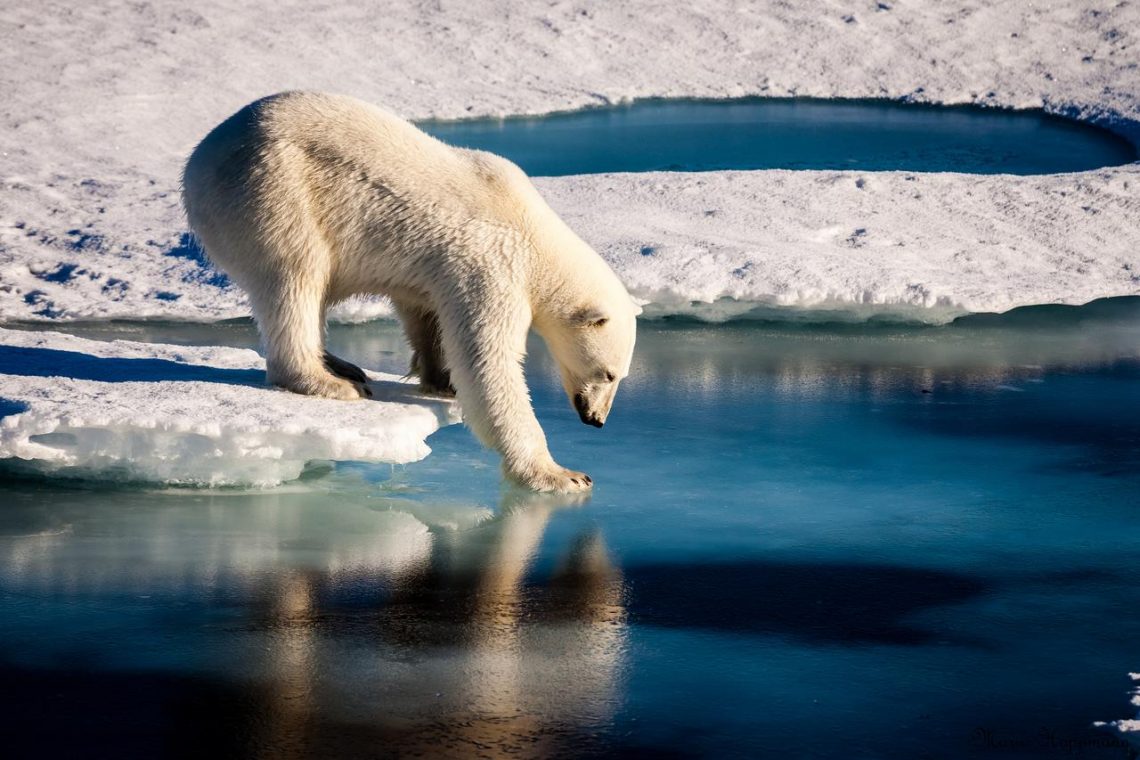 Once an image is on the Internet, it may well take paths that are as complicated as they are strange. The Hamburg-based agency Die Bildbeschaffer followed the trails of an image that shows a polar bear and was originally put online for free use by the photographer. Now it is being sold as a rights-managed image – without the consent of the copyright holder.

Mario Hoppmann was quite astonished when Die Bildbeschaffer, an agency located in Hamburg, contacted him early this year with a question concerning a picture he had taken in the course of an expedition to the North Pole in 2015. Mario has been working as a climate scientist for the renowned Alfred Wegener Institute. During a research trip to the North Pole he had taken a picture of a polar bear and had later provided his employer with a small series of images. With his consent, they were then presented on the institute’s website for free download – together with a clear copyright notice: “Alfred-Wegener-Institut / Mario Hoppmann (CC-BY 4.0)”. In other words, this means that anyone may use the images on the condition that Mario Hoppmann be named as the photographer. Since then, the polar bear has been on an extraordinary journey through the Internet.

In their daily research of images, the Bildbeschaffer team came across the image of the polar bear several times, amongst others at the microstock agency Rawpixel. But there was no copyright notice. Instead, NASA was mentioned as the source. NASA? A research on its website led to an article on the receding polar ice that showed the said image of the polar bear. NASA had only used it to illustrate the article and had correctly added the copyright notice.

Rawpixel is not the only agency that offers the image and refers copyright back to NASA. The Bildbeschaffer also found it with the stock agency Alamy who offered the image for sale with a copyright notice for the NASA Collection (Editor’s note: At the request of the photographer, Alamy has meanwhile removed the image from its site). And indeed: The website of NASA’s official image and video library provides the polar bear image for download. The photo credit note “Mario Hoppmann” is well hidden at the very end of a long description of the image, and it does not even have to be mentioned. According to Alamy, the photo was not only delivered by the NASA Image Collection but also by NG Images.

At the same time, the photographer also set out on a search for clues. He learned from an Alamy supplier that he had found the image on Wikimedia Commons where it had been made available without any restrictions. Wikimedia in turn stated that it had imported the image from Flickr and has meanwhile also taken it off at the request of the photographer. “I come across the picture of the polar bear time and again, but my name is hardly ever mentioned correctly”, says Mario Hoppmann. As far as the free use of his image is concerned, the photographer is quite tolerant. After all, he says, he provided it for free via the database of the Alfred Wegener Institute. Nevertheless, he feels that it is quite absurd that his name is not mentioned and that he would now be able to purchase his very own image from several agencies he has never even heard of before. Additional research showed that an image gallery of SPIEGEL’s online branch bento even associated the image with Deutsche Presse-Agentur. “As of today I am even working for NASA“, Hoppmann grins, referring to the website of the World Economic Forum where said polar bear is shown with the image credit “Mario Hoppmann/NASA“.

In the age of the Internet, images can take unexpected and sometimes even mysterious paths. At least at first glance. Four eyes, however, can see more than two, and trained eyes can see more than untrained ones.

Alexander Karst (51) serves as advisor and guest blogger for Smint.io. He was born in Hamburg and has been working in advertising since 1994. In 1998 he changed into the image industry where he worked as a web and PR manager for PhotoDisc and later on for Getty Images. Since 2002 he has been an image purchaser. Together with Manuela Koch he founded Die Bildbeschaffer GmbH in 2008 – an agency for image buying, image research, image rights, management and associated services as well as seminars.

Any cookies that may not be particularly necessary for the website to function and is used specifically to collect user personal data via analytics, ads, other embedded contents are termed as non-necessary cookies. It is mandatory to procure user consent prior to running these cookies on the website.